Big Brothers Big Sisters Southern Lake Michigan Region needed a fresh look as the organization had been through at least one rebrand (from Saint Joseph County as they acquired what was once Lower West Michigan and Elkhart county) and had outgrown its existing website. Organization, clarity, and simplicity took hold to create a modern and efficient site experience for BIGs, littles, and employees alike. 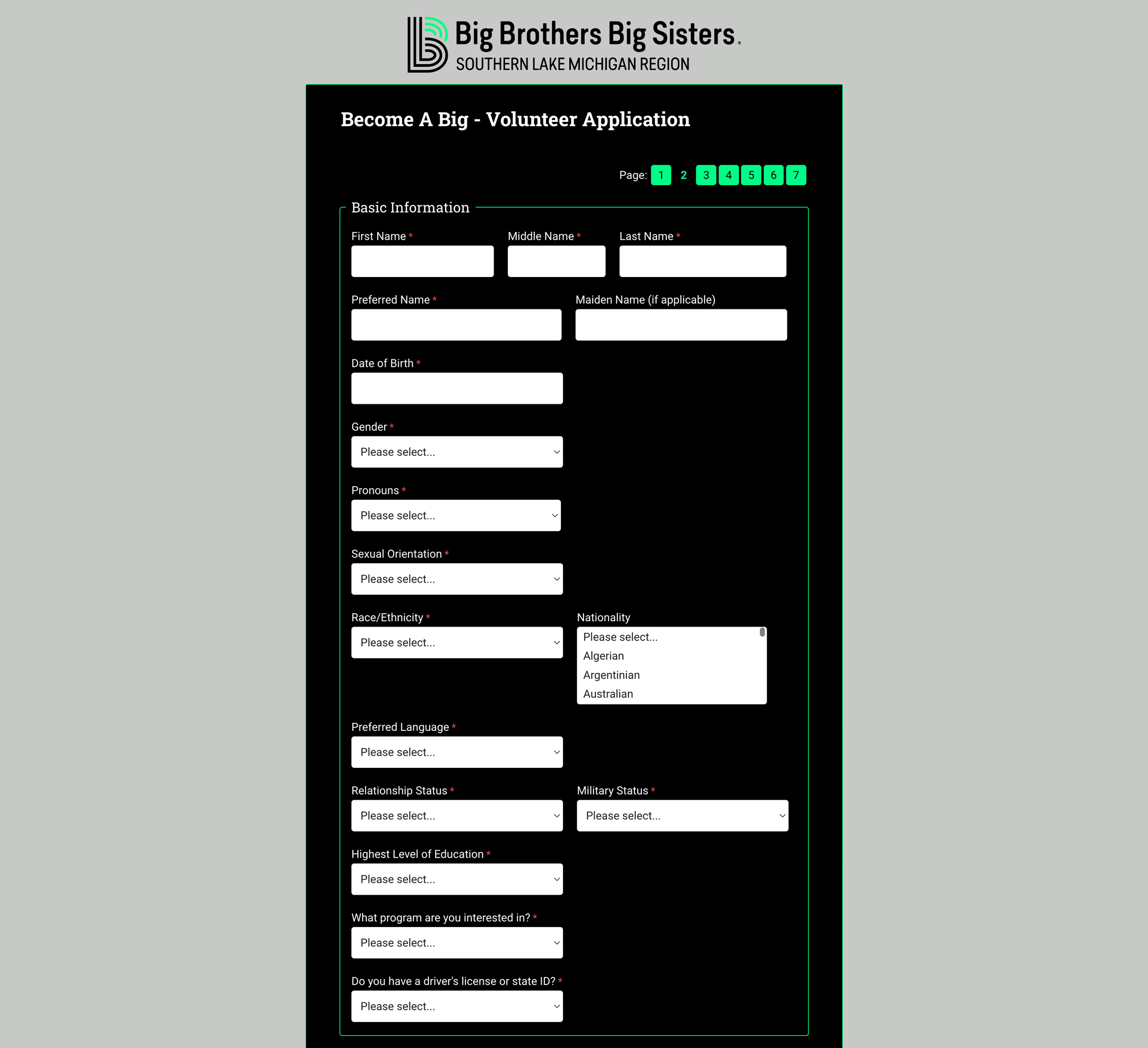 Before a general aesthetic could even begun to be established, one thing became painfully clear upon browsing the existing build, and that was information disorganization. No clear flow had been established for the visitor to funnel down to certain key targets such as becoming a BIG, enrolling a child, or donating. Simplifying and creating a flow became key to helping the website better serve this non-profit. This optimization was not just purely front-facing but also carried over into back-end. FormAssembly was utilized to integrate website leads automatically into the CRM system utilized for Big Brothers Big Sisters in order to help speed up the match making process.

Inspirations for the Design

Once a customer path was established, the concept of the visual aspects of the design was to take influences from both the corporate site and the Elkhart County website (due to the acquisition of the Elkhart County division) while spicing it up with a modern design flavor. Elements of this can be seen within the home page with additions such as the video background playing on a dynamically refocusing set of titles and call-to-action through the use of blurs and scale. The Elkhart County site was redone shortly after to match the updated design elements of the regional site.

TELL ME MORE ABOUT YOUR PROJECT

Every project starts with an idea, and I want to help your idea come to fruition

Page load link
We use cookies to ensure that we give you the best experience on our website. OK
Go to Top