How to Improve Page Load Speed on a WordPress Site

How to Improve Page Load Speed on a WordPress Site

Improving page load speed is important to many developers and businesses as this is now a factor in the Google ranking system. While many of the same principles apply such as running efficient software and lightening the builds there are a few niche WordPress options that let developers increase the speed of a site.

The first thing one should do when looking to speed up a site is get a baseline of the current speed. This will give you an idea of what areas need to be worked on to get the site running faster. Visiting a page like PageSpeed Insights will give valuable information to establish this baseline as well as a starting score. Keep in mind a yellow result means the site is average in speed while red means the site is below average. If no enhancements have been done, don’t be surprised by a red number. It is easier to fix than most think.

In order to start to improve speed on sites an evaluation needs to take place. Look through the different settings and software behind the development and determine if any updates need to happen. Updates often will include speed enhancements, however can also break a site, so backup the site beforehand. If the site does break it is most likely a PHP issue which is covered further on in the article. Most plugins stay strict on a minimum PHP and WordPress version so anything under PHP 7.4 and WordPress 5.8 will probably break the site. This is not only for security but also for development purposes.

Now that everything’s up to date, look over the list of plugins and see if any are redundant or not necessary to the health of the site. Taking a look at the example on the right from an older site it becomes apparent that there are unnecessary plugins (some have already been deactivated). Most mainstream themes will include certain features built in such as mailchimp integration, sliders, etc, and thus do not need additional plugins without a very specific need. Injecting that extra code is needless and leads to slow down. With this in mind, it becomes pretty safe to remove Lenix Elementor Leads add-on (once all leads are backed up) as Elementor stores entries. There is no need for two analytics plugins let alone the simple fact that these can be loaded in manually with Elementor. Also, three backup plugins? This can be done at the server level.

Once those are removed look for things such as Hubspot, Sliders (Slider Revolution), Monster Insights, etc. For example on one site alone Hubspot contributed to over an estimated 44% of the page load leading to a drastic slowdown in performance. Evaluate whether these plugins are necessary and make cuts to make the site as light as physically possible. If you need help identifying heavy plugins simply go back to PageSpeed Insights and run another test looking at the treemap and the optimizations.

Not all plugins cleanup nicely within the backend of WordPress. Plugins like Yoast are notorious for leaving behind a breadcrumb trail within the autoloader which can ultimately slowdown the site as a whole. An article covering this more advanced optimization is on the way as it requires database access and a full backup of the site and database.

Evaluate the version of PHP that the site is using. For instance with the upgrade to PHP 8.0 many wordpress sites saw an increase in speed, including our own, most notably on mobile. Theoretically speaking, PHP 8.0 can handle 18.4% more file requests per second over 7.4. Currently WordPress is beta compatible with PHP 8.0 and 8.1. Use these with caution until at least version 6.0 is released.

Caching a website can go a long way to improving the overall page load experience. How a cache works is that items that are frequently accessed sections are loaded onto fast-access memory. The example on the right is from W3 Total Cache however there are a multitude of alternatives available.

Page caching works to serve the dynamic content as static assets. In some instances this is definitely not advisable, especially if there is specified dynamic content per user. In this instance you’ll want to set nocache headers for certain instances. Page caches simply cache the response that a user receives from a page request.

Sometimes a cache plugin will split up both Database and Object caching. An object cache such as Redis or Memcached works to reduce the load on the main database by storing frequently accessed sections and database queries on fast-access memory such as RAM to keep loads low. This works to keep the up-to-date database running parallel with the sections that can be cached in an efficient manner.

A database cache (subset of Object Caching) is associated with a reduction in latency with query requests. Typically this isn’t done on shared hosting due to the database not being the bottleneck on the server.

Browser caching is a way in which browsers download pieces of information onto the viewer’s computer into hidden sections of the hard drive in order to speed up load times on repeat visits. Typically what is known as “static assets” or files that do not change frequently are what is downloaded. These assets have a shelf life as determined by the cache settings as to whether those are removed or kept for a year. Typically if updates are not being seen this cache is most likely the culprit and may need to be cleared manually and lifetimes readjusted.

The last and one of the most important things to cover when discussing caching is minification of code. Minifying works by reducing the number of times a piece of code is written and serves to try and condense down all lines of code to their simplest, and thus lightest form. This includes removing line breaks to further reduce size and load of the files.

WebP and other more modern image formats are not only more size efficient, but also offer better quality in compression than files such as jpeg. Most modern browsers support the WebP file format and it is universally used across multiple CMS’s as a way to speed up page loads. WordPress with version 5.8 now allows for the native upload of WebP as well without the use of a special plugin however sometimes this may be preferred as this will not code in a fallback image automatically. Sometimes a cache plugin such as Litespeed Cache (on Litespeed enabled servers) can contain image optimization built right in. 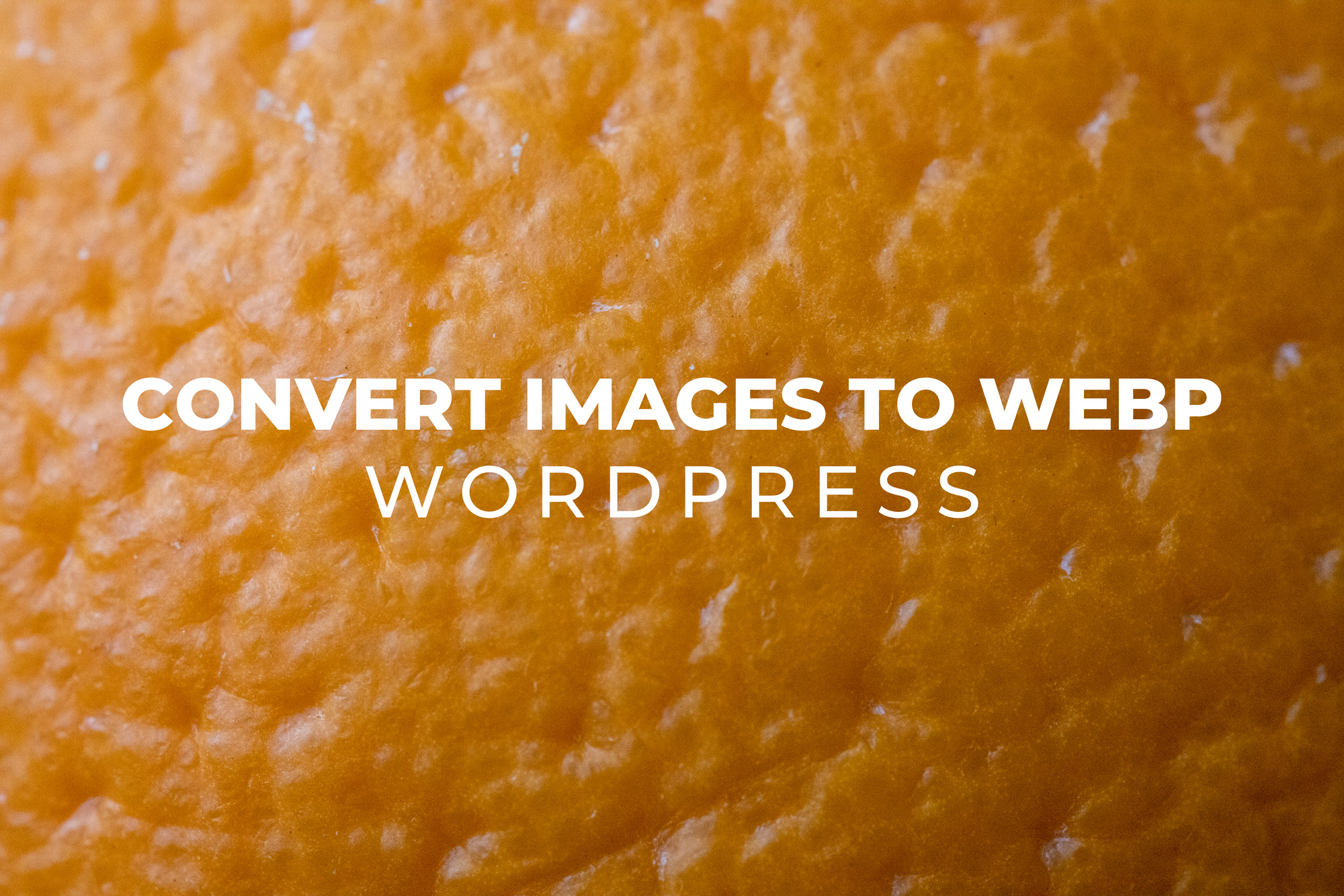 Now that a cache is configured and all the imagery has been optimized a CDN can help reduce page loads across the world. Utilizing something like Cloudflare to distribute the site across multiple servers closer to the end user thus further reducing load time. Be careful when implementing a CDN as these can sometimes not play nice with other caching services and may need to be adjusted accordingly. CDNs may also slow down the site locally but increase speed internationally, so weigh the benefits accordingly.

Services like AMP and PWA can be extremely effective at increasing mobile pagespeed scores. The reason this is only a consideration and not a hard recommendation is due to the fact that lately there has been some backlash against Accelerated Mobile Page (AMP) as a service from some users going so far as to install an extension to remove AMP from sites. With these factors starting to percolate one can only question how long AMP and PWA will be effective. AMP and PWA definitely still have its place but it is something that needs to be evaluated in a cost vs benefit style. Avada is built to run well on PWA while AMP can be set up with Elementor using a plugin.

Page experience is becoming more and more important in the realm of SEO. While not the main ranking factor, it is still a factor according to Google on ranking placement. WordPress sites can be fast and still be fully featured if proper time and care is taken in their construction. Don’t be put off by the idea of working to optimize as this can help to more conversions down the road. Optimizations are always the last thing to be applied though and should be the first thing stripped away when changes are needed to be made.

Every project starts with an idea, and I want to help your idea come to fruition

Page load link
We use cookies to ensure that we give you the best experience on our website. OK
Go to Top